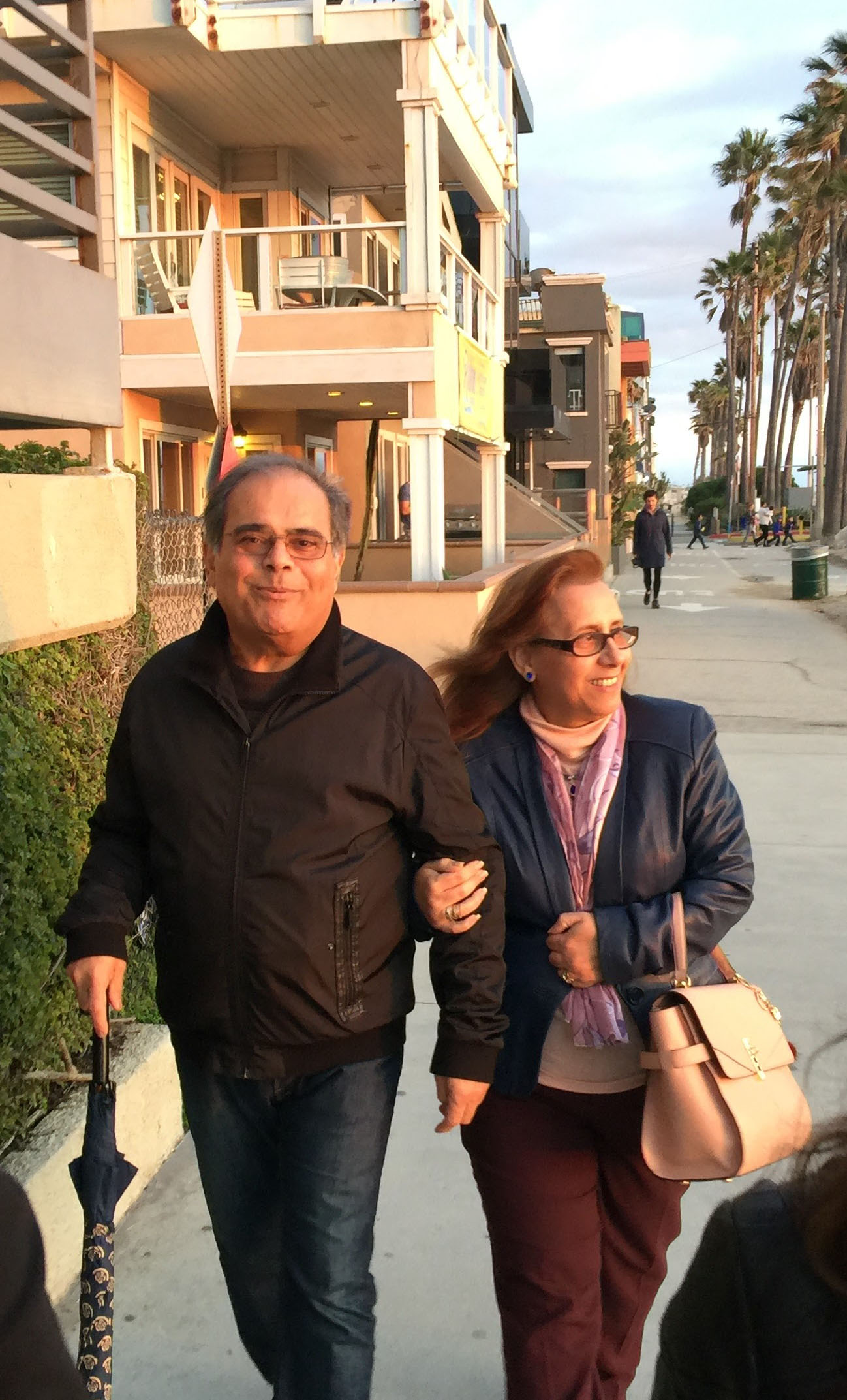 Nathan was born on May, 30, 1953, in Tuyserkan, Iran to Moshe and Galin Harounian. He had 4 sisters and 2 brothers and was the fourth of seven children - Daryoush, Sassan, Shahnaz, Kourosh (Nathan), Shekoufeh, Giti, and Flor. His family lived in Tuyserkan until Nathan was 6 years old, at which point, they moved to Tehran. Nathan attended school at Ganje Danesh in Tehran, where he met his lifelong friends in 4th grade, who to this day continue their Wednesday night traditions. Nathan loved spending his childhood summers at his grandparents’ home in Tuyserkan.

After elementary and high school, Nathan continued his education at Ali Hesabdari where he received his Bachelor’s Degree in Accounting. He was concurrently working for an insurance company, and successfully opened many company branches in various locations throughout Iran. In 1974, Nathan decided to leave Iran for the United States. He was set to meet a friend who lived in Texas. After a short time, he moved to Oklahoma where he then received his Masters’ in Accounting at Oklahoma University. He was a jack of all trades, working as both a bartender and long distance commercial long haul truck driver to support himself throughout his education.

In 1982, Nathan moved to Los Angeles, California. Upon arriving in Los Angeles, he decided to start driving around the city, taking every freeway and every route and subsequently getting lost quite a few times, until he knew his way around. He began working at a Best Western hotel on Olympic & Figueroa, where he quickly became the hotel general manager. An entrepreneur, Nathan realized this wasn’t enough and soon went on to start his own textile business in addition to his accounting practice.

In 1988, Nathan was introduced to the soon-to-be love of his life, Shahla, through their relatives. Their first date was in February of 1988. Nathan had told her that he had chosen a nice restaurant. Shahla was weary at first and asked for the name of the restaurant. When Nathan said it was The Odyssey, Shahla realized that they had chosen the same restaurant. She knew at once, this was the man she was meant to spend her life with - a man who was honest, gentle, hard-working, reliable and could be a son to her father. And so began the rest of their lives together.

Nathan and Shahla met in February, were engaged to be wed in March and were married on June 6, 1988 in Los Angeles, California. On December 18, 1989, they were overjoyed to bring their son Benjamin into the world. Soon after, on April 2, 1991, their family grew by one with the addition of their daughter Jasmin. They were an inseparable, strong family full of nothing but love and devotion to one another. Nathan always loved nature and the outdoors, so he took every opportunity to take his family on trips - from picnics in Griffith Park and early morning walks along the beach to time spent in Yosemite and Sequoia National Park as well as visiting his extensive family in Israel and spending time with family friends in Europe. His passion for the outdoors extended into his love for craftsmanship, restoration, and astronomy. His family knew they only had to mention the idea of a task before Nathan decided to take it on and see it through to completion. Friends and family would always seek out his advice, knowing his words would truly come from a place of wisdom.

Nathan loved his children dearly and cherished their time together. He was very artistic, a skill which both of his kids decided to put to use with their countless school art projects. As an accountant, Nathan also had to make sure they excelled in their mathematics courses, feats which culminated in their acceptance into the gifted program in middle school and ultimately to the University of California, Los Angeles for their respective Bachelors degrees. He always supported his childrens’ passions - attending practically every drumline competition in high school, cheering on the band and becoming a Bruin himself. He proudly watched his son grow into a successful adult, obtaining his Master’s degree in Computer Science. And he was able to see his daughter graduate from medical school at the University of California, Irvine and reach her dream of becoming a physician this past year.

In November of 2014, Nathan was diagnosed with an aggressive form of multiple myeloma. But being the strong-willed individual he was, Nathan was determined to persevere. He began the long road of chemotherapy and radiation, and had a stem cell transplant in May of 2015 which caused his myeloma to go into remission. During this time, Nathan celebrated with a relaxing vacation to Cancun with his family. A trip filled with endless pina coladas and sunsets by the ocean.

Unfortunately given the cruel nature of his disease, Nathan’s cancer relapsed in the fall of 2016. He had a rough hospitalization and near death experience in December 2016, from which he was able to fully recover. However, the following months were filled with holidays and birthdays interrupted by frequent hospitalizations and side effects from changes in chemotherapy regimens. Nathan refused to let this stop him from continuing to spend time with his loving and supportive family.

In May 2017, an expedited procedure unknowingly turned into a 5 month hospitalization where Nathan truly fought with his debilitating cancer until the very end. Shahla, Benjamin and Jasmin never left his side and followed Nathan’s wishes to do everything in their power to help him battle his illness.

Nathan was a loving husband, father, brother, uncle, son, and best friend. He passed away Thursday evening, October 12, 2017 on Simchat Torah, surrounded by his dear family and friends.

He will be greatly missed. 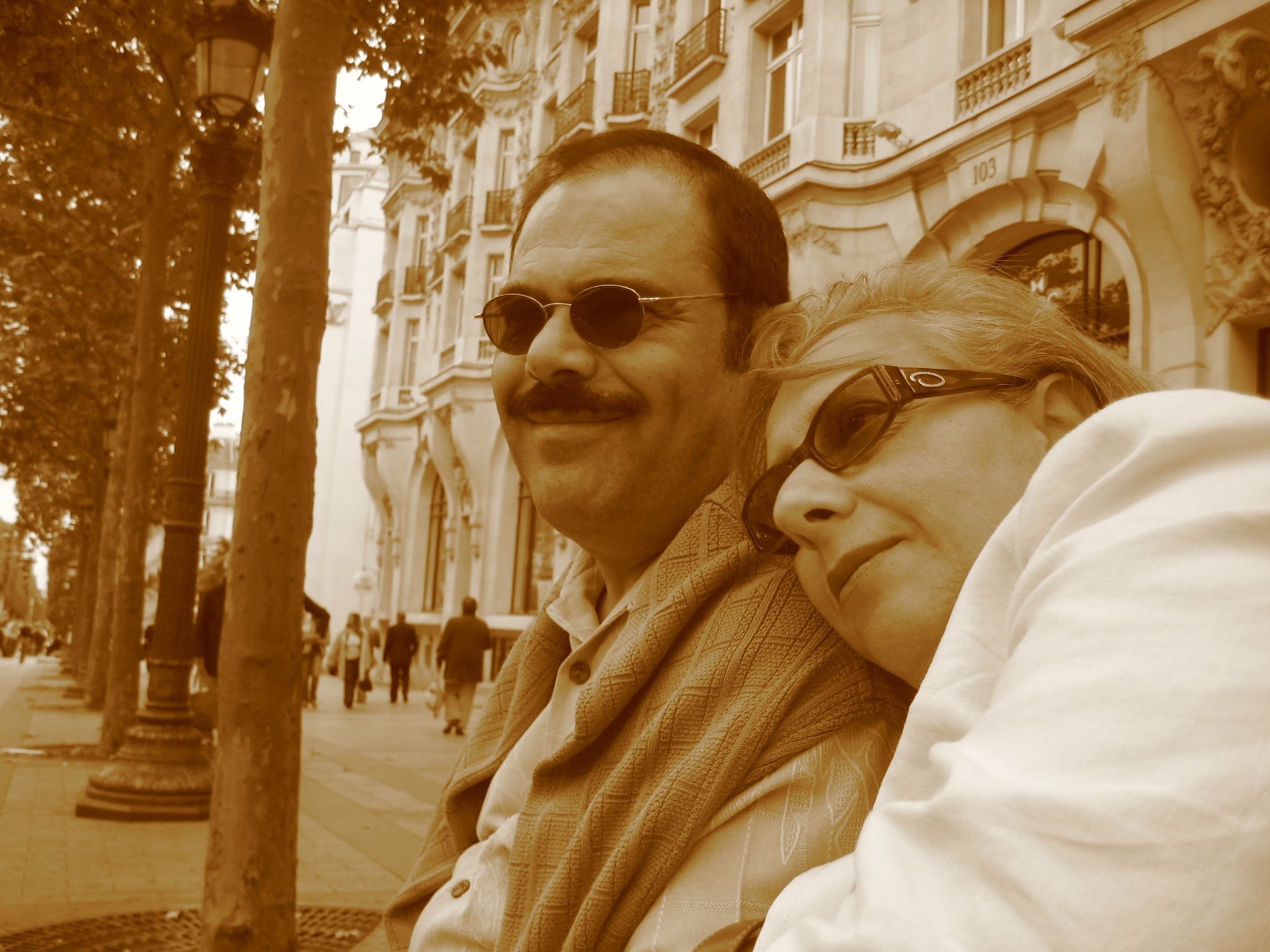 Nathan Harounian - loving husband, father, brother, and uncle - passed away on Thursday October 12, 2017 (22 Tishri 5778, Simchat Torah) at the age of 64 in Beverly Hills, CA surrounded by his family and friends. He was born on May 30, 1953, in Tuyserkan, Iran, to Moshe and Galin Harounian. A unique soul, Nathan truly lived life to the fullest through simple pleasures. He had an uncanny ability to connect with people in a deep and meaningful way and made everyone feel loved.

Nathan is survived by his wife, Shahla Harounian, his children, Benjamin Harounian and Dr. Jasmin Harounian, his siblings Sassan, Shahnaz, Shekoufeh, Giti, and Flor, his mother Galin, as well as many nieces, nephews, cousins and close friends. He is predeceased by his father, Moshe, and his brother, Daryoush. Nathan will be greatly missed.